"Where the German soldier stands, no one else will go" Adolf Hitler. Weekly poster of the NSDAP
50.00€ 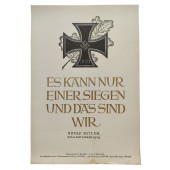 NSDAP poster: "Only one can win and that's us". Adolf Hitler.
Sold 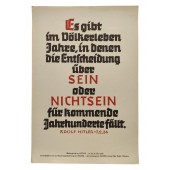